Karen Olick, chief of staff to Department of Homeland Security Secretary Alejandro Mayorkas, announced on Monday that she will be leaving for a new, undisclosed opportunity.

Jennifer Higgins, the current associate director of Refugee, Asylum and International Operations at U.S. Citizenship and Immigration Services, will step in as a temporary chief of staff until a new appointment is made, according to officials in the department. Olick plans to leave DHS at the end of the month.

In an email, Mayorkas told DHS officials that Olick “has decided to resign her position and pursue new opportunities. We are grateful to Karen for her service during the critical first nine months of the new Administration.”

In a separate farewell note, Olick also said: “Though too often underappreciated by our fellow citizens, I am continually struck by how many millions of Americans sleep in safety every night because so many at DHS do not sleep.” Olick didn’t immediately respond to requests for comment.

The shakeup comes as the Biden administration tries to grapple with the flow of migrants at the southern border. Higgins is a career civil servant and has worked for the federal government for over 20 years, whereas Olick was most recently a prominent official at SKDK, the powerful Democratic strategic communications firm. She recently led the firm’s ballot initiative practice.

Employees and senior officials at DHS have also been working non-stop on other crises that their department is taking a lead on including responding to the impacts of Hurricane Ida and helping vet tens of thousands of Afghan refugees who the U.S. evacuated from Kabul in August.

This is a developing story.

Sen. Blackburn to Newsmax: Were 'Missteps' in Afghanistan 'Intentional?' 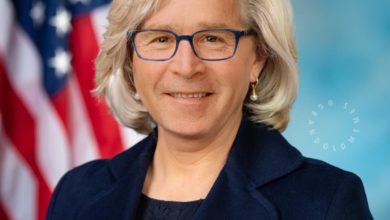 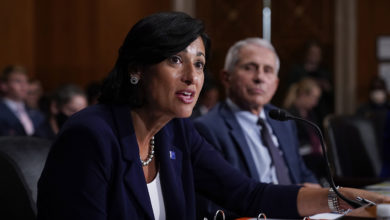