WNBA star and two-time Olympic gold medalist Brittney Griner is escorted from a court room ater a hearing, in Khimki just outside Moscow, Russia, Thursday, Aug. 4, 2022. A judge in Russia has convicted American basketball star Brittney Griner of drug possession and smuggling and sentenced her to nine years in prison. (AP Photo/Alexander Zemlianichenko)

President Biden weighed in on the Brittney Griner case after the American basketball star was sentenced to nine years in a Russian jail on drug smuggling and possession charges. Speaking to the media from the White House Friday, Biden appeared optimistic about securing her release.

“We call on President Biden and the United States government to redouble their efforts to do whatever is necessary and possible,” the Rev. Al Sharpton said in a statement.

The 31-year-old athlete was found guilty of bringing vape cartridges containing cannabis oil into Russia in February. Her sentencing could now pave the way for a prisoner swap between Griner and Viktor Bout, a Russian arms dealer imprisoned in Illinois. The result is a painful quandary for the Biden administration as it tries to maintain a hard line against President Vladimir V. Putin of Russia over his war in Ukraine.

“There’s nothing good here,” said Andrea Schneider, an expert on international conflict resolution at Cardozo School of Law. “No matter what Biden does, he’s going to be criticized. Either that we’re giving too much or we’re not working hard enough.”

Brittney Griner being sentenced to 9 years in jail over cannabis is egregious.@POTUS must do everything in his power to get her back to the US.

He also must correct that injustice here in America, too. Far too many people are locked up over non-violent drug offenses.

Kremlin officials said that any potential deal could not proceed before her trial was complete, creating a glimmer of hope that the verdict might open the door for an exchange. But analysts called that unlikely anytime soon.

“I don’t think this is going to get resolved quickly,” said Jared Genser, a human rights lawyer who represents Americans held by foreign governments. “I think the fact that Putin has not said yes right away means that he’s looked at the US offer and said, ‘Well, that’s their first offer. I can get more than that.’”
That US offer first presented to Russia in June. They sought the release of Ms. Griner and Paul N. Whelan, a former Marine arrested in Moscow and convicted of espionage in 2020.

Rep. Reschenthaler to Newsmax: Never Trump Movement 'Off Base' With Voters 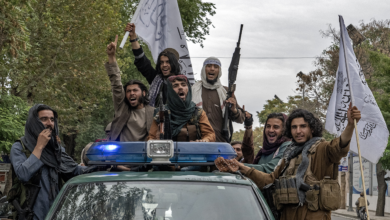