MIAMI — The Biden administration’s plan to remove a Colombian rebel group from a list of foreign terrorist organizations barely caused a ripple outside Washington when the news broke this week.

But in Florida, home to an estimated 150,000 Colombian American voters, it’s a different story. Biden’s policy is reverberating loudly among Democrats, leading some of the state’s top elected officials, strategists and activists to rail against the decision.

Calling the news “outrageous,” Taddeo criticized the Biden administration on Twitter and recounted how she fled her home country at the age of 17 “because of the Marxist terrorist organization, FARC, a group of militias who kidnapped my father who was a WWII American fighter pilot.”

Stories like Taddeo’s aren’t rare in Miami-Dade, the state’s most populous county. It’s home to a huge concentration of Hispanic voters and Latin American exiles who fled leftist violence or dictatorships in Colombia, Cuba, Nicaragua and Venezuela and found a common political bond in Florida.

The Colombian government’s decades-long war with the guerrilla movement known as FARC claimed hundreds of thousands of lives and displaced millions, cementing the narco-funded group’s reputation as a terrorist organization. Five years ago, the Marxist rebels, formally known as the Revolutionary Armed Forces of Colombia, and the Colombian government signed a historic peace accord that is still being implemented. But support for the peace accord has been mixed — and ill will toward the FARC from Colombian Americans persists, with some staunchly opposed to the former FARC members’ reintegration into society.

“These were terrorists, murderers,” Taddeo said.

Former Gov. Charlie Crist, now a congressman who is also running in the Democratic gubernatorial primary, expressed concern for the decision, saying the FARC “caused decades of war and death — they’ve earned their designation.”

Miami-Dade County Mayor Daniella Levine Cava, a Democrat, called on the administration to reconsider and “double down to reject the extremist communist agenda that destroyed nations like Venezuela.”

Recognizing the sensitivity of the issue, the White House was quick to hold a conference call on Wednesday to explain the decision, which was not supposed to be made public for days but surfaced on Tuesday afternoon when The Wall Street Journal reported on the impending move.

The State Department had notified Congress of its forthcoming plans, a senior administration official said, but the Colombian government hadn’t even been notified when the story broke.

The State Department’s decision to drop FARC from its list of terrorist groups isn’t giving a free pass to the former guerrilla group, according to the senior administration official, who declined to speak on the record. The plan to remove the FARC from the list, the official said, comes after an annual review that included input from the intelligence community, law enforcement, the U.S. embassy and the State Department.

Five years into the peace process, 90 percent of FARC rebels have demobilized and met their commitments under the agreement, the official noted. And a key piece of the administration plan, the official said, is to add the new armed groups — formed by former FARC rebels and dissident groups, including the group known as Nueva Marquetalia and one faction led by guerrilla leader Gentil Duarte — that are now pushing instability and violence in Colombia.

“This isn’t pulling back punches. It’s pointing them in the right direction — and that’s the [FARC dissidents and their] terrorist and criminal activity,” the senior administration official said.

But some Democrats and experts argue that the distinction will be lost on voters, especially those who have an emotional and personal antipathy toward FARC and are against the peace accord.

“I can explain this to my students. I can have this debate among my colleagues, but local politics isn’t making that distinction, especially because there are people in this community who were either kidnapped or had relatives who were kidnapped — while some of the people responsible [former FARC rebels] are now sitting in the Colombian Congress,” said Eduardo Gamarra, who polls Latino voters in the United States and throughout Latin America.

Gamarra argued that it will be an “even harder sell” for the Biden administration because it did not consult with Florida’s Colombian community before making the decision.

“I don’t know what they gain by doing this. There’s more of a gain for Colombia than there is for the Democratic Party or the Biden administration,” said Gamarra, who is also a professor of Latin American studies at Florida International University in Miami.

Colombian American voters have historically voted Democratic. But along with Venezuelan Americans and Nicaraguan Americans, they began shifting farther right, finding common cause with Republican-leaning Cuban Americans in Florida in recent years.

With so many Hispanic voters souring on the Democratic Party in Florida, Biden in 2020 carried Latino-heavy Miami-Dade County by just 7 percentage points — compared with the nearly 30-point margin that Hillary Clinton racked up four years before. In turn, Republicans have felt emboldened by the inroads then-President Donald Trump made in 2020 and have sought to build on that increased support from Latinos in South Florida and nationwide in the 2022 midterms.

“The people of South Florida, and now throughout the United States, know this is a terrible deal,” Zapata said. “And it’s not just Colombian Americans. It started with Fidel Castro in Cuba. There’s Daniel Ortega in Nicaragua. And it went to Venezuela with Hugo Chávez.”

Zapata said most of Florida’s Colombian American voters live in Miami-Dade, Broward and Palm Beach counties. About 65,000 Florida voters were born in Colombia, according to statistics from University of Florida political science professor Dan Smith.

Sergio Otálora, a former Colombian American journalist who now works for the Latino voter registration group Mi Vecino, said that he believes the community is more supportive of the peace process than the public criticism suggests, and that political leaders like Taddeo and Levine Cava shouldn’t listen to critics who want to exploit “the Marxism-Communism boogeyman.”
Otálora said Biden should come to Miami and tout the policy, a position echoed by several Colombian American Democrats who expressed support for the administration’s move.

“Biden should be here, sooner than later. He has to clarify his position,” Otálora said. “I think he’s right. I mean, come on, you had the IRA in Ireland, the FMLN in El Salvador. The peace process works.”

Other Democrats in Florida and outside the state who support the administration’s decision acknowledged that officials will need to work overtime to explain the nuance of the updated U.S. policy — which is designed to target the FARC dissidents — and encourage a continuation of the peace process.

“It’s hard to unring a bell, but you have to just be relentless in delivering the truth,” said Dan Restrepo, a top adviser to former President Barack Obama on Latin America. “And the truth here is that they’re updating things to reflect reality.”

Restrepo explained that it makes sense for the Biden administration to make changes to “bring consequences to the right people” and stop bringing consequences to “the rank and file who have laid down their weapons and are reintegrating into society.”

Longtime Democratic activist Carolina Castillo, however, said she has seen more and more of her family members and neighbors leave the Democratic Party because so many in “the progressive left” of the local party have become supportive of Marxist leaders in Latin America.

“It’s a betrayal, a clear betrayal,” Castillo said. “We wanted a strong president who was going to stand for democracy, but here we are giving power to the extreme leftists in Colombia and the timing couldn’t be worse. This will only help bring more Colombian families to the Republican side.”

What Did Americans Do at the First Thanksgiving? Argue About It. 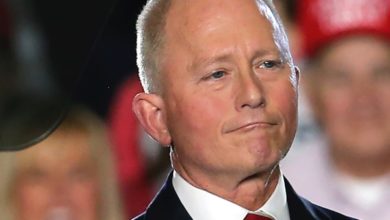 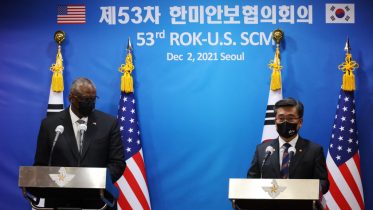 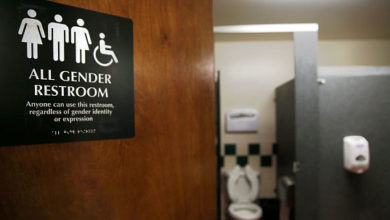 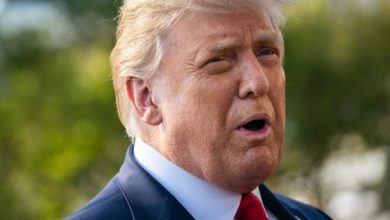