Citizens of New Hampshire have continued to protest vaccine mandates, which has led to the state’s Executive Council rejecting federal funding for vaccines. On Wednesday, scores of protesters took to the Executive Council meeting ahead of its vote on the $27 million federal contract.

Right now: @NH_StatePolice are arresting a small number of anti-vaccine mandate protesters at the Executive Council meeting after repeated requests for quiet & a warning they could be charged w/ disorderly conduct. #NHPolitics #WMUR pic.twitter.com/4jyP4RWRj3

A vaccine mandate was included as part of that contract. However, council members voted ‘no,’ making New Hampshire the first state to reject federal funds to push vaccination.

“I’ve already voted against it once,” stated Joe Kenney, (R) New Hampshire, Executive Councilor. “Again, my concern is the central vaccine registration mandates in the contract and I don’t want to see the Biden administration dictate to New Hampshire what it should do and what it shouldn’t do.”

Executive Councilor @JosephKenneyNH, (R) Union, continues to lean “no” on the $27M in federal funding to boost NH’s #COVID19 vaccination rate. With @DaveWheelerNH firmly opposed, a “no” vote from either @TedGatsasNH or @JanetStevensNH will reject the money. #NHPolitics #WMUR pic.twitter.com/76w3f4iGZF

The council’s decision was reportedly influenced by the activist group Rebuild New Hampshire that has held demonstrations against vaccine mandates for the past few weeks. 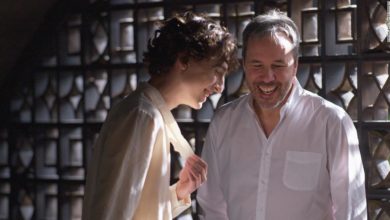