A manhunt was underway after one person was killed and another was injured following a shooting at Westroads Mall in Omaha, Nebraska. On Saturday, investigators said they were on the hunt for two suspects who fled the scene.

Shooting Incident at Westroads Mall. One victim was transported to the hospital with critical injuries. Suspects fled the scene and are at large. OPD is searching the entire mall as a precaution. Please avoid the area. A press release will be sent later with more information.

Officials added, the attack did not appear to be random. Authorities said officers responded to reports of shots fired outside of a JC Penney store inside the mall.

According to police, the first victim — whose name has not been disclosed — was taken to the hospital in critical condition where he succumbed to his injuries. Additionally, a second victim suffered non-life-threatening injuries and was treated at the hospital.

#UPDATE: Police said a man struck by gunfire later died at a hospital. A woman in her early 20s suffered non-life-threatening injuries, said police Lt. Neal Bonacci at a news conference. She had “walked” into an area hospital after the attack, the department said in a statement.

“[The] first victim that went to Bergan [Mercy Hospital] was confirmed as a male,” Lt. Neal Bonacci of the Omaha Police Dept. Public Information Office said. “Second victim is a female, approximately early 20s. This wasn’t an active shooter situation, however, our department, just taking precautions, treated it as so.”

According to reports, shoppers were evacuated from the area and officials said the mall would remain closed for the rest of the day. In the meantime, the investigation has continued. 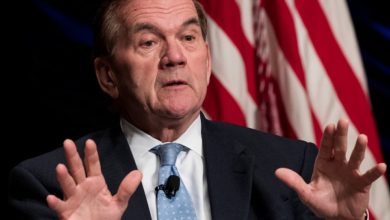